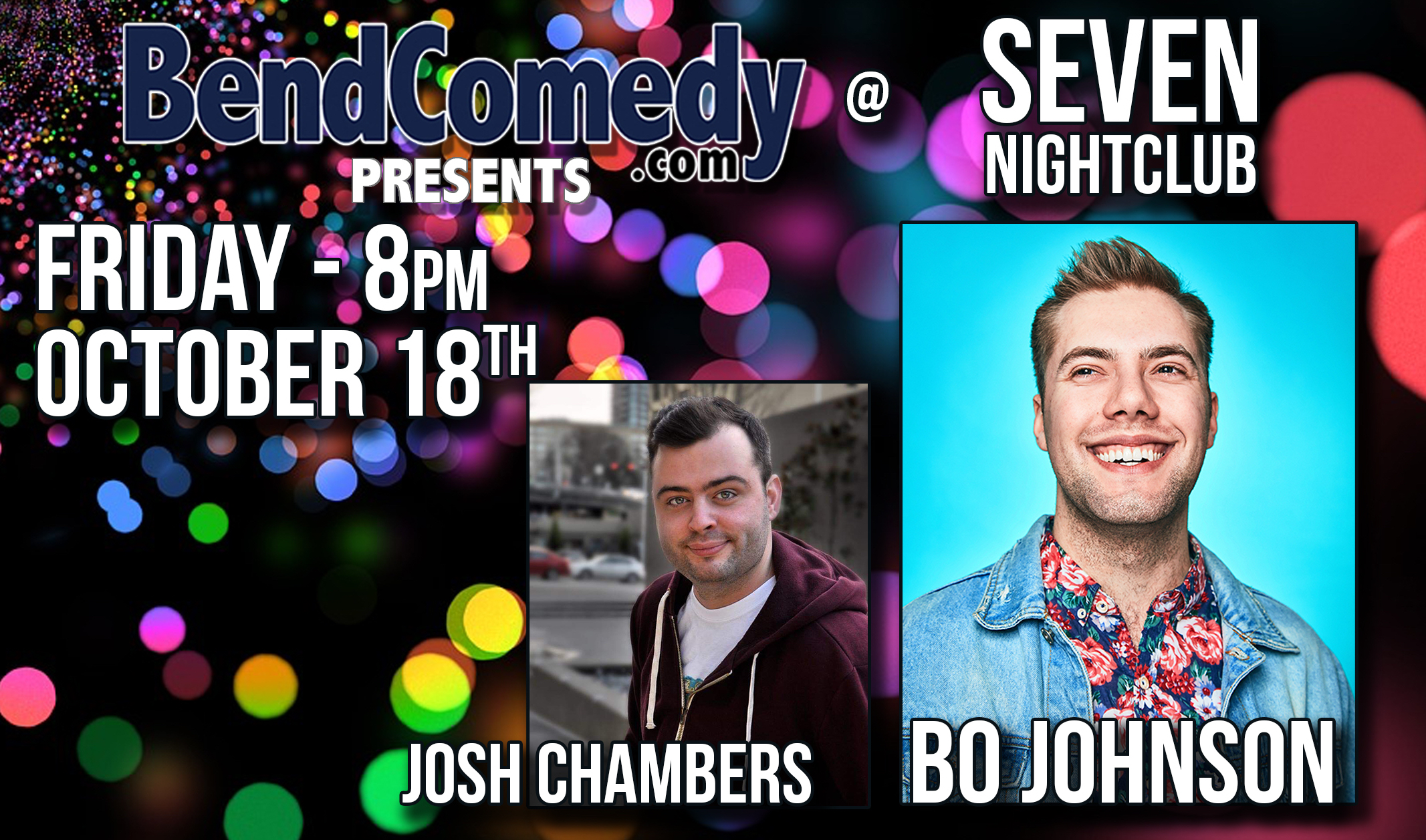 Bo Johnson is a comedian from Seattle, Washington. His stand up appeared on season two of Kevin Hart Presents: Hart of the City on Comedy Central. In 2018 he taped a set for LOL Live! at the prestigious Just For Laughs comedy festival in Montreal. Bo was a featured performer in the 2017 and 2018 Bumbershoot Music & Arts Festival, a finalist in the 39th annual Seattle International Comedy Competition, and a performer in the Double Down Comedy Experience sponsored by Zappos. His prank video “Bo and Mathew Sneak into a Movie Theatre” went viral on Youtube and has also been seen on MTV’s Ridiculousness and NBC’s Caught on Camera with Nick Cannon

Joshua Chambers is a stand-up comedian, improviser, and half of the award eligible comedy duo “The Ballard Boyz.” He performs at clubs colleges and casinos all over the country and has been a featured performer at Treefort Music Fest, Bumbershoot, San Diego ComicCon, and the Seattle International Comedy Competition. People say that he has strikingly beautiful eyes. He tends to agree.