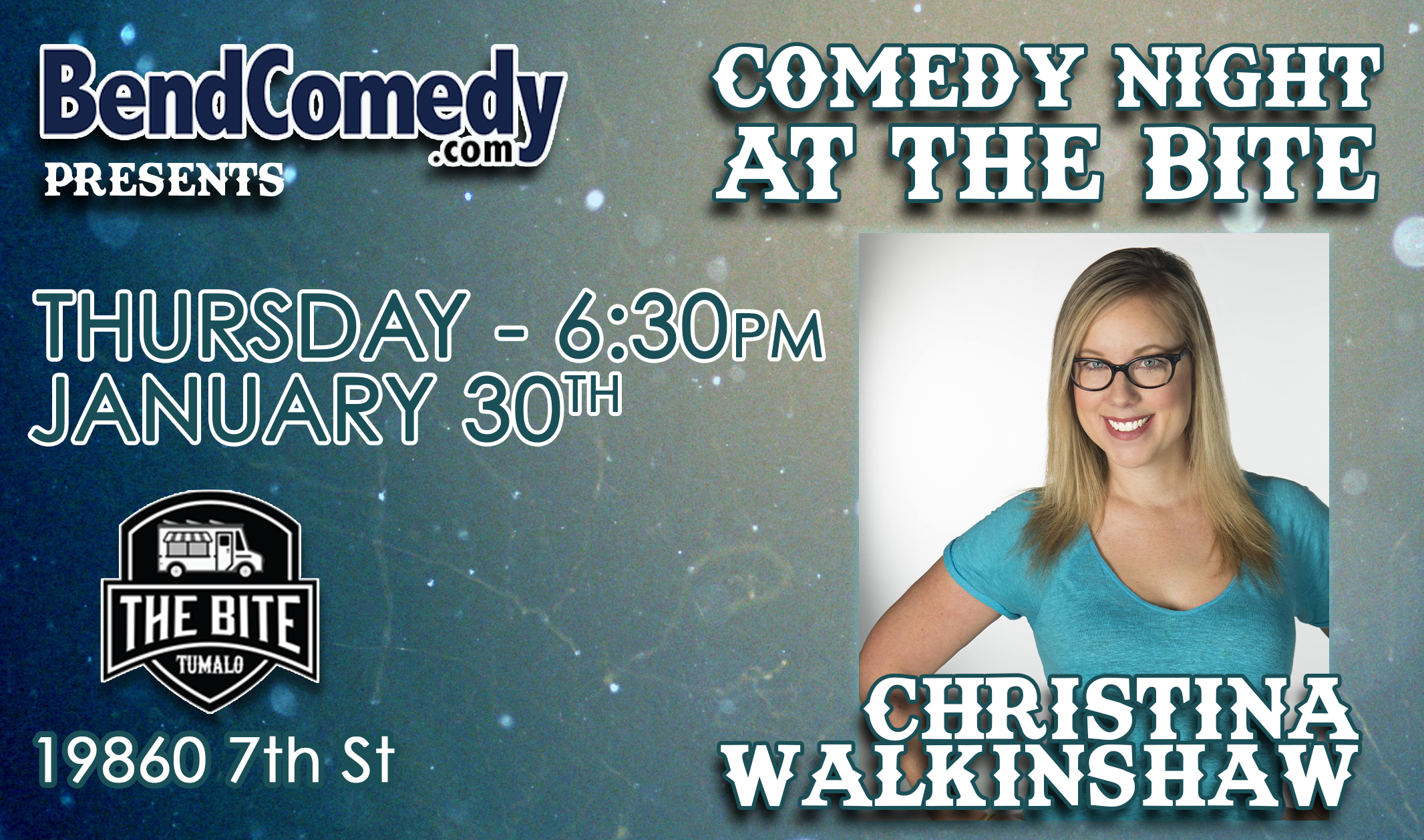 Bend Comedy is excited to bring standup comedy to The Bite in Tumalo!

Christina Walkinshaw is a Vancouver born stand up comic now living in Los Angeles. Her half-hour comedy special often repeats in the middle of the night while you’re sleeping. She’s been nominated for multiple Canadian Comedy Awards, performs on CBC’s “The Debaters,” and has a top selling album on itunes called “It’s Taking A Long Time To Become Famous…” She’s appeared at Just For Laughs, The Winnipeg Comedy Festival, Glasgow Comedy Festival, and has entertained troops overseas. In general, she chooses to avoid mushrooms and marriage.