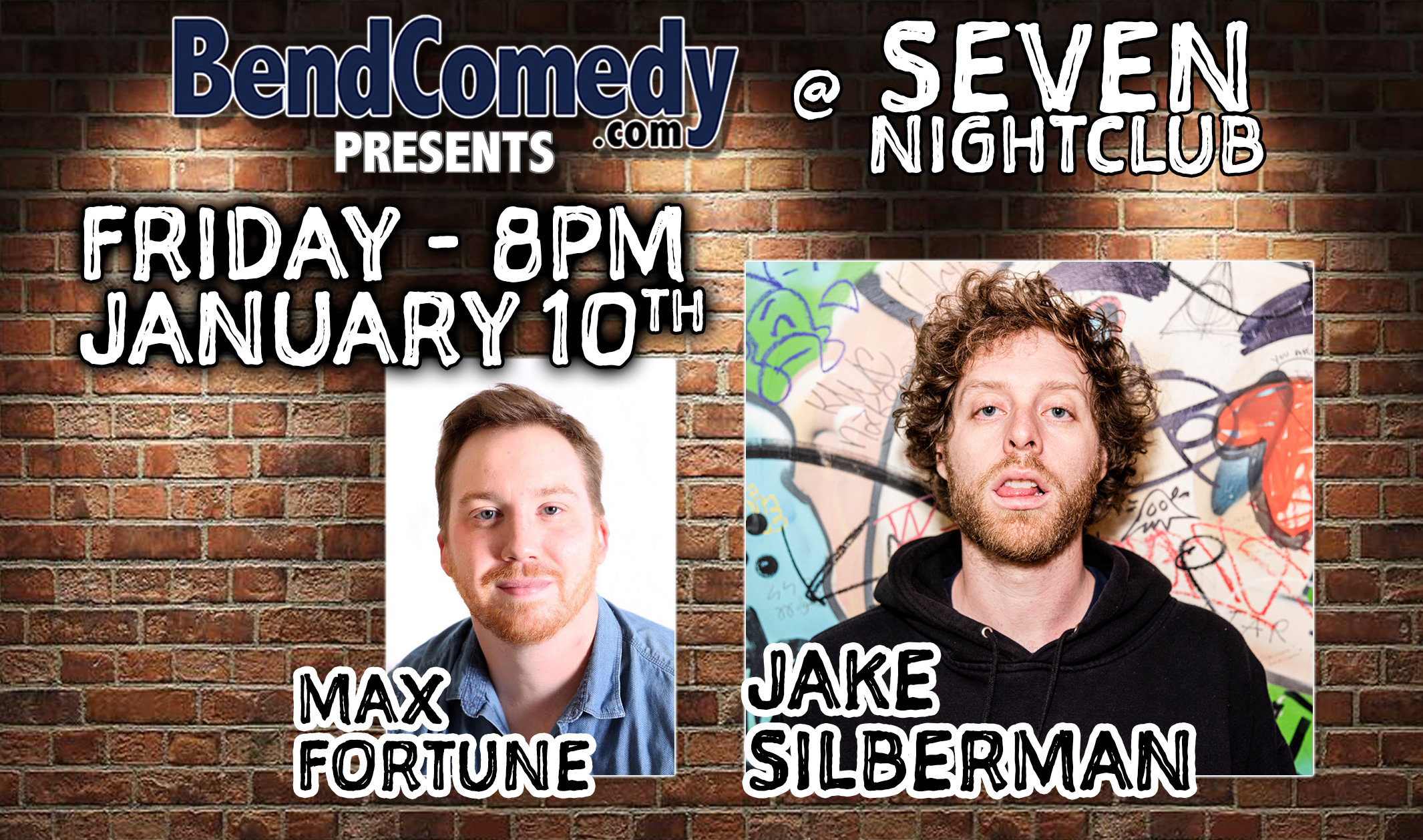 Jake Silberman is a Portland based stand up, voted “Portland’s Funniest Person” by the Willamette Week in 2018. He is a regular feature at Helium and Harvey’s comedy clubs, where he has opened for Norm Macdonald, Adam Cayton-Holland and Kyle Kinane, amongst others. He has also featured at the Liquid Laughs Comedy Club in Boise, ID, and performed on the 10,000 Laughs Comedy Festival. When not performing, he worries about why he’s not performing.

Like his name implies, Max Fortune is money on the mic! Max moved to Portland in 2012 and has had the city rolling with laughter ever since. His comedy will have you saying to yourself “I HAVE thought of that!” It’s damn good comedy!