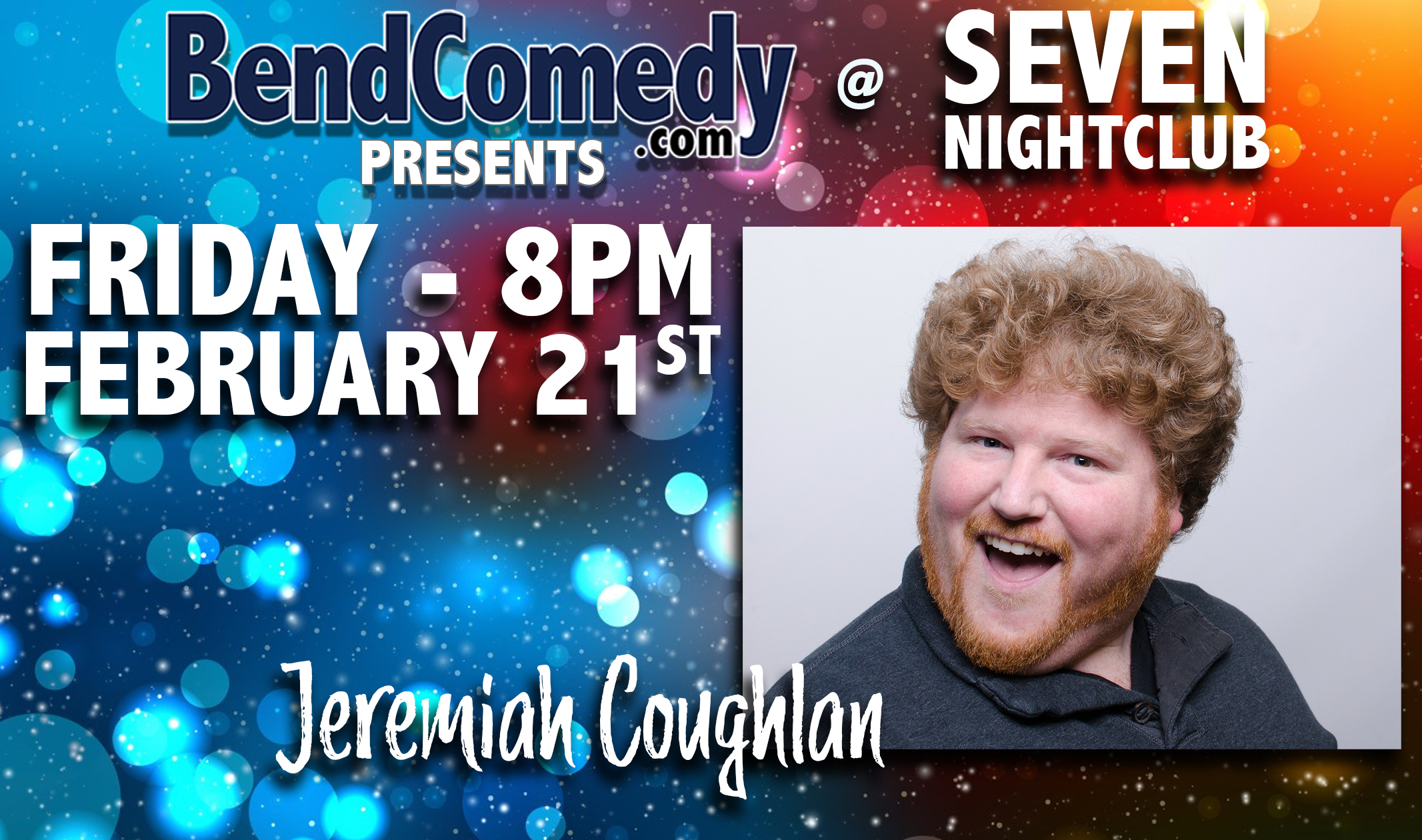 Jeremiah Coughlan is a comedian. A comedian who physically resembles what would happen if Chris Farley ate Bob Ross. His stage presence embodies some of the same traits. He is an imperfect mix of chaos and control. In what can seem paradoxical, Jeremiah carries a calm and contented demeanor in to his high energy and surprisingly athletic stage performances. Although he still hasn’t figured out how to complete a painting in 30-minutes.