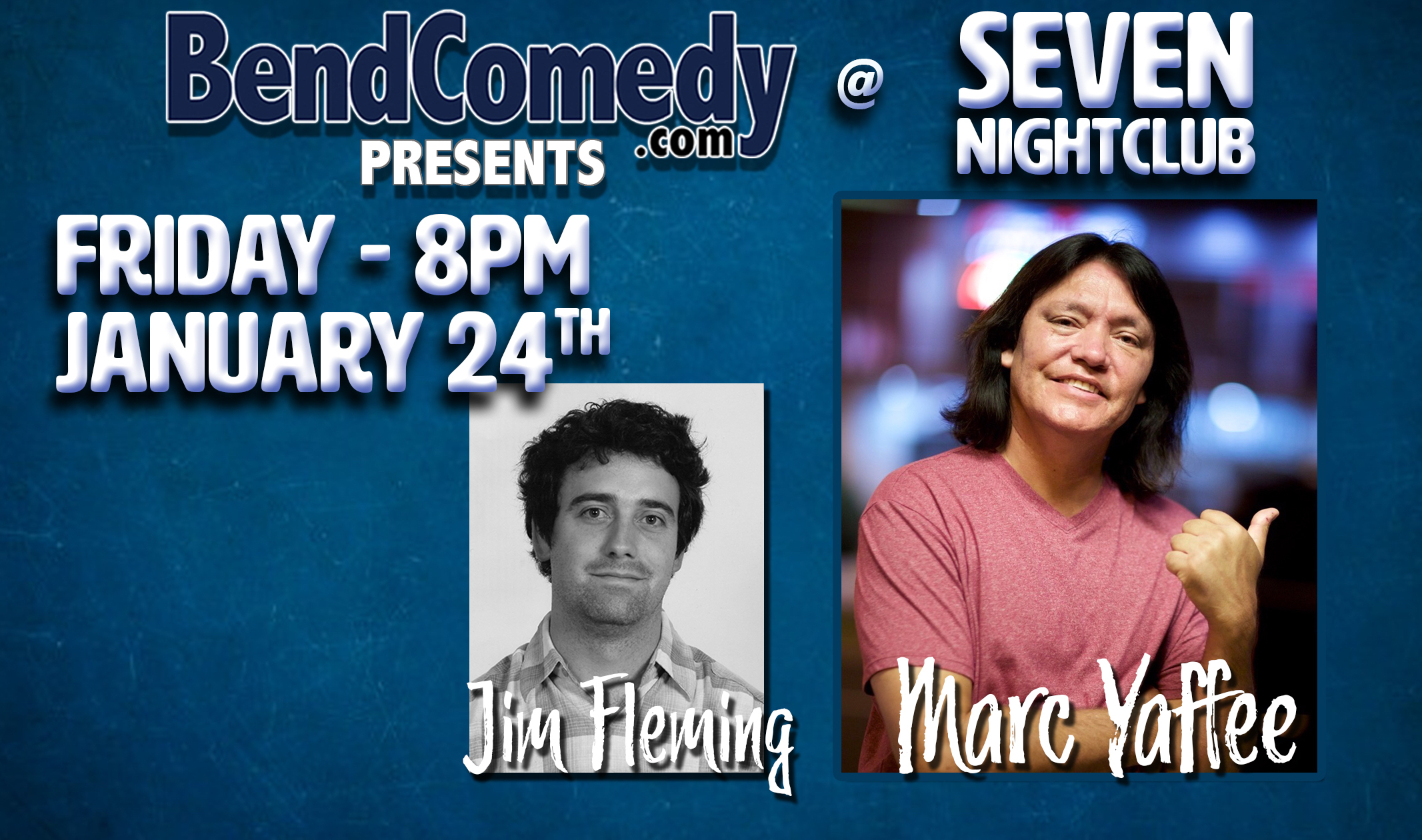 Marc Yaffee is the Co-star of the Showtime special, Goin’ Native. Marc can be seen on FNX, Amazon Prime and heard on SiriusXM. His new Dry Bar Comedy special, Mid-Laugh Crisis, has been viewed over 4 million times online. Marc has performed six times overseas for Armed Forces Entertainment and he won the Ventura Comedy Festival’s Funniest Person Contest in 2012. Marc may be the only comedian with air, land and sea credits. He’s entertained Alaska Airlines passengers at 30,000 feet; performed on a flat-bed truck for U.S. Marines in Iraq while getting his head shaved; and done comedy for Holland America Cruise Line passengers.

Jim Fleming is originally from Reno but first started performing comedy while on a six and a half year furlough to the east coast
pursuing a career in the biotech industry. He has performed
in many of Boston and New York City’s finest bars, Chinese
restaurants, and finished basements, and as such developed the thick skin possessed only by cocktail waitresses and door-to-door salesmen. He recently graduated from UNR with a master’s in economics and has performed at Reno area clubs many, many times.