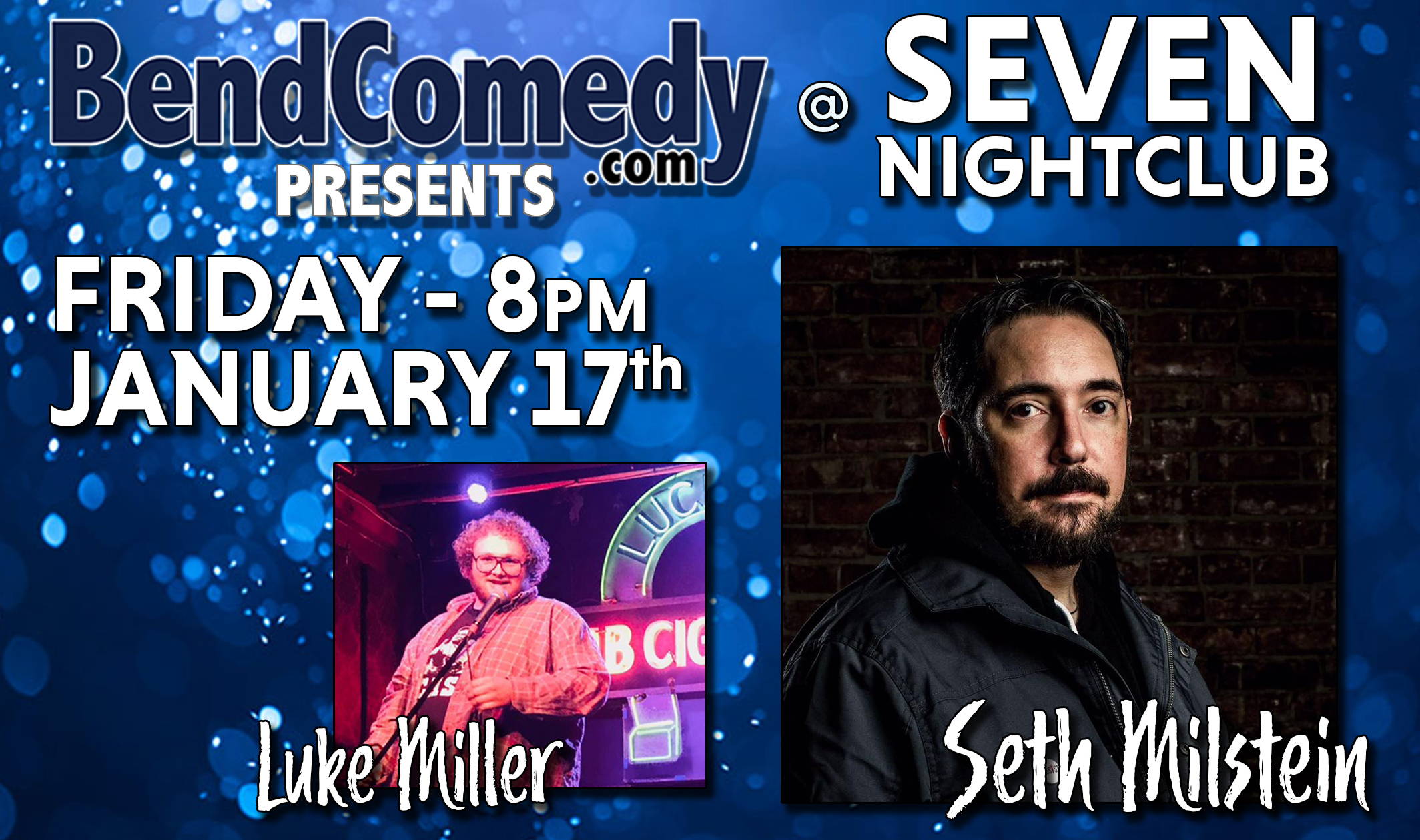 Seth Milstein is a comic and writer based in Eugene, OR. He performs all over the west coast. Seth also writes “Milstein at the Movies” for Savage Henry magazine. He was heavily featured in the documentary “I Am Road Comic” and lightly featured in “Harmontown”.

Luke Miller is a comedian from Eugene Oregon. He has legitimately zero credits to his name but one time critically acclaimed actor Harrison Ford said “nice job on this prime rib son” to him at Thanksgiving 2015.