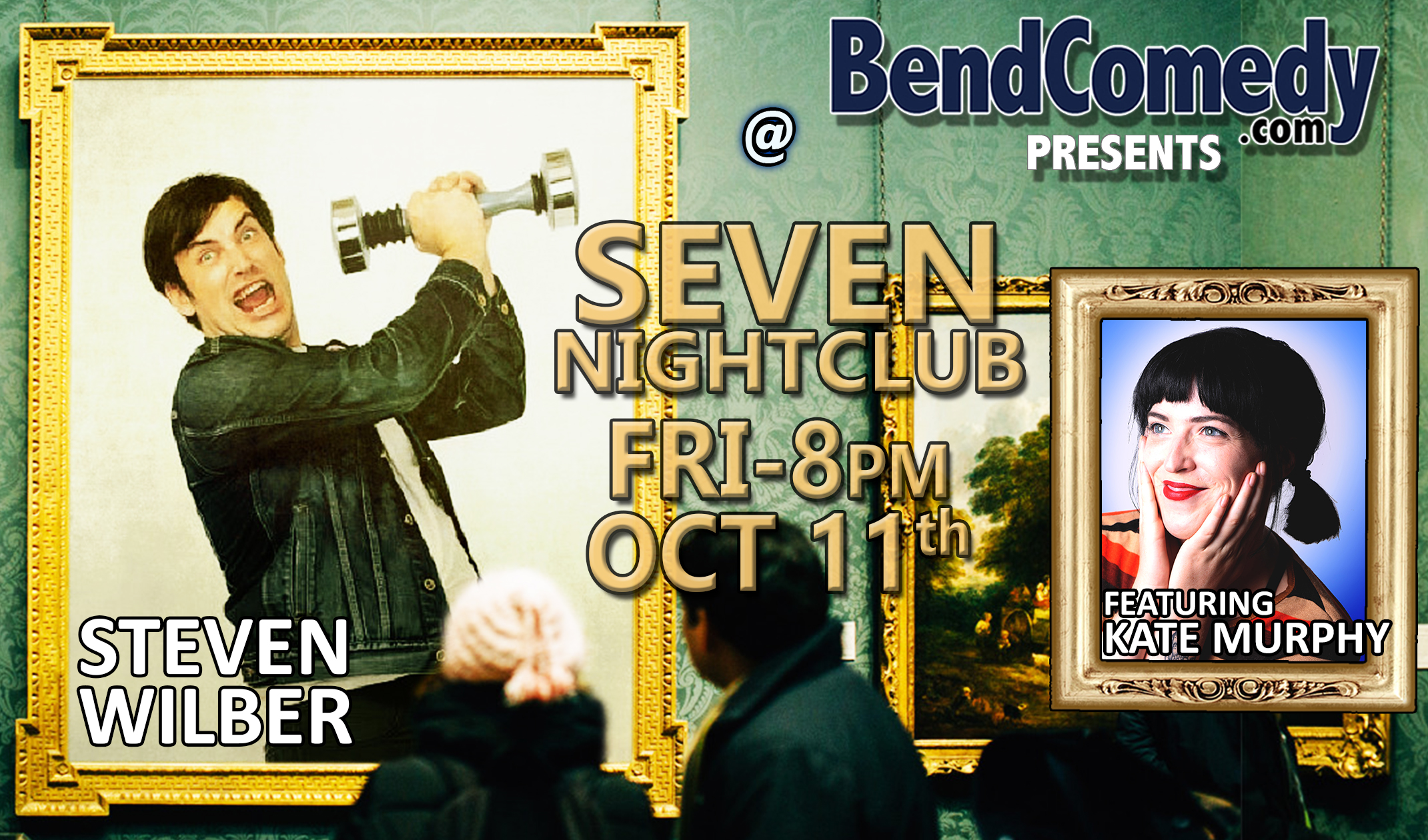 He was selected as one of the New Faces of Comedy at 2015’s Just for Laughs Festival, the world’s largest comedy festival in the world, worldwide. In 2014, Steven was crowned (there was no actual crown) Portland’s Funniest Person in a yearly competition hosted by Helium Comedy Club, a comedy club of high regard. The nicest compliment he’s received was “You’re the closest thing to a real-life Simpsons episode I’ve ever seen.” The second nicest was “You’re so brave to go up on stage and not care what the audience thinks.”

Kate Murphy is a Portland comic, born and raised in Bozeman, MT. Kate Murphy wrote and co-produced the short film “A HUMP! Public Service Announcement” which won ‘best humor’ HUMP! Film Festival 2017. She’s been featured in Hell Yes Fest, The NW Women’s Comedy Festival, and was a finalist in Helium Comedy Club’s Portland’s Funniest Person 2018. She was named one of the Portland Mercury’s Undisputed Geniuses of Comedy 2018, and is the current host of the Portland Mercury’s The I, Anonymous Show.