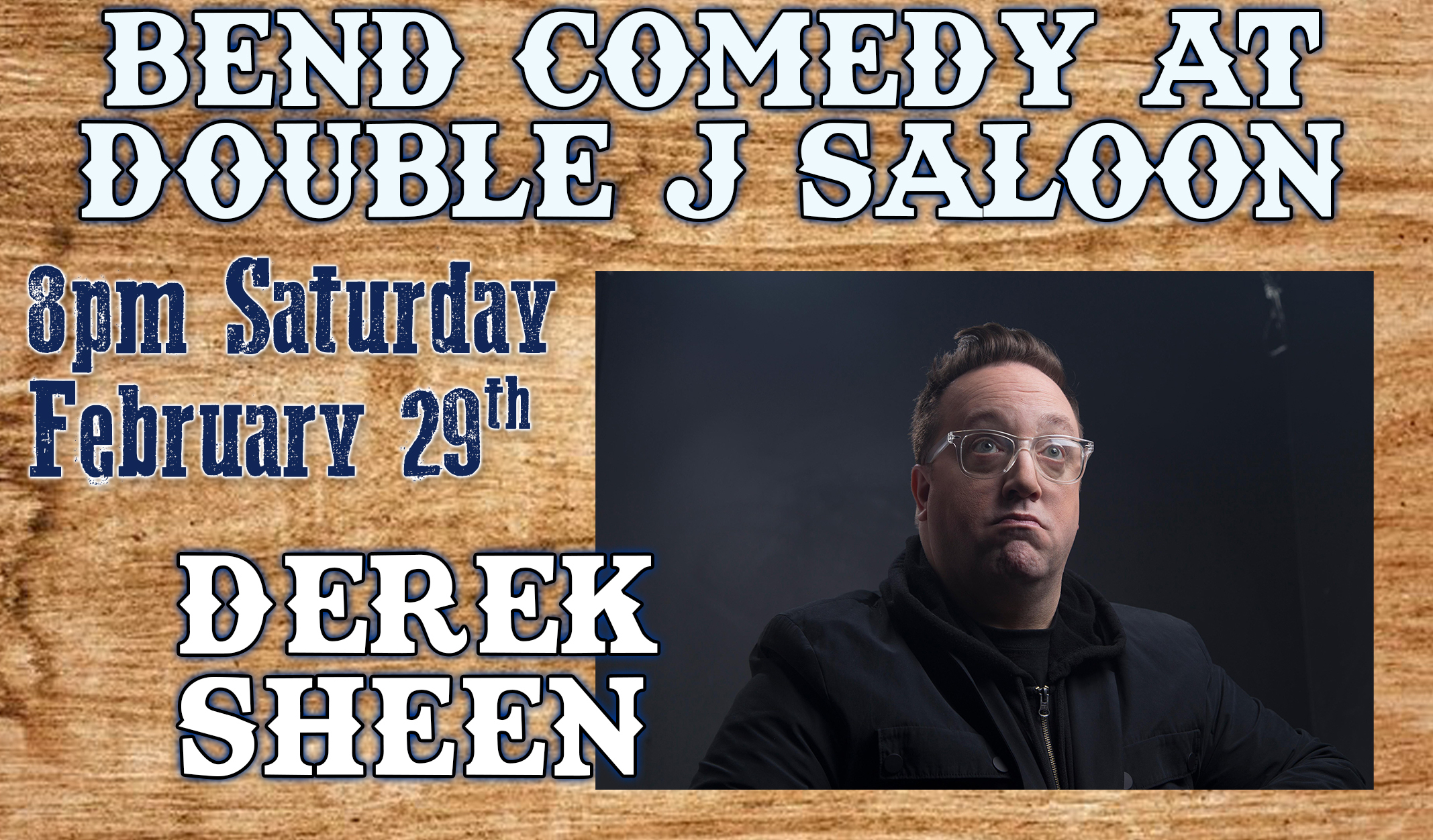 Bend Comedy Presents:
at the DOUBLE J SALOON in Redmond

“Derek Sheen is a goddamn delight. So smart and funny it makes me mad. Tiny Idiot? More like Giant Genius”
– Brian Posehn

“As often as his crowd seems to brace for impact, they spend more time howling at his audacity”
– Drew Hunt/Chicago Reader