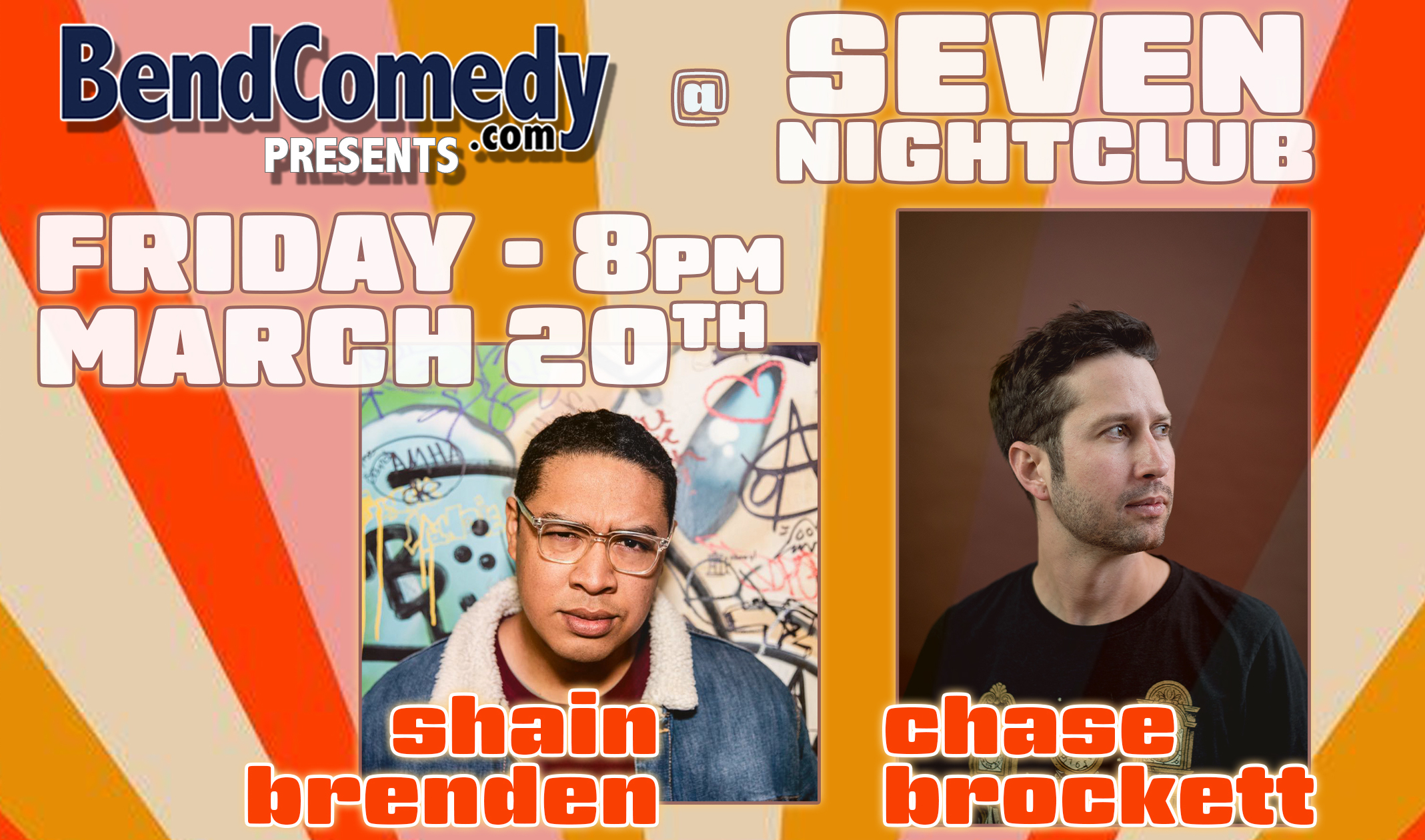 Chase Brockett grew up in Bakersfield, CA, where being tiny and asthmatic forced him to become funny. After growing taller and ditching his inhaler, he moved to Southern California where he would begin performing all over the west coast. His comedy explores a variety of topics such as family, relationships, politics, science, and general life weirdness. His smart and endearingly frustrated comedic style fits well with any audience. Described as ‘America’s nephew’, his affable charm has delighted crowds all over the world. He currently resides in Portland, OR where he produces ‘Dead Comics Society’ at Rogue Brewery and ‘The PDX Apology Hour’ at Kickstand Comedy.

Shain Brenden is a comedian, writer and actor living in Portland, Oregon. He was named an “Undisputable Genius of Comedy” by the Portland Mercury and finished in the top 3 of the Portland’s Funniest Person Contest in 2019. He was a host for the sports television show ‘Blazers Outsiders’ on NBC Sports and was also named one of Willamette Weekly’s Funniest Five Comedians in 2018.​