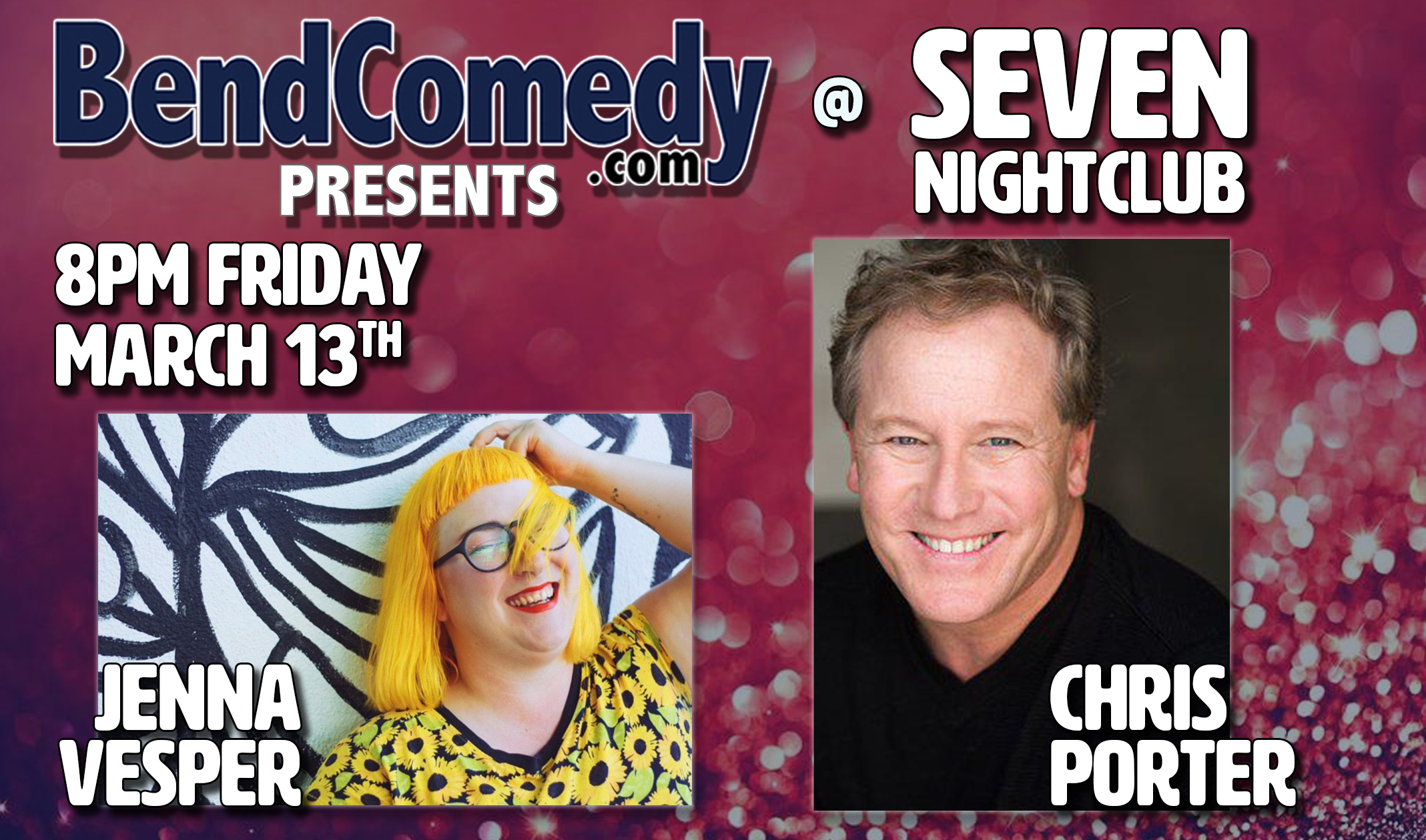 When he was a kid the teachers would tell Christopher R. Porter “You have such potential, but you are always in your own little world.” They were right. He is. Porter, who has performed in twenty-seven states, and Canada, regularly presents his “absurd, surreal, and wildly mischievous world “at the west coast’s premier comedy clubs: The Laugh Factory, The Improv, and the Comedy Store. Besides being a talented voice-over actor, Chris has appeared on Comedy Central, and starred in the sci- fi spoof Babarellas. He has also performed many of his bizarre characters on the syndicated radio show Mancow’s Morning Madhouse, and has trained with The Groundlings, a sketch comedy and improv troupe which has launched the careers of the late Phil Hartman, Jon Lovitz and Pee Wee Herman.

Jenna Vesper is a Portland based comic who is a high energy, crass, hardworking, loud divorced/queer/chubby/hairy slut who loves jokes about her dead parents!

Validate her on all social media platforms @jennawithasmile
‘Seriously, give Jenna validation. She really needs this right now.’ – Jenna’s therapist