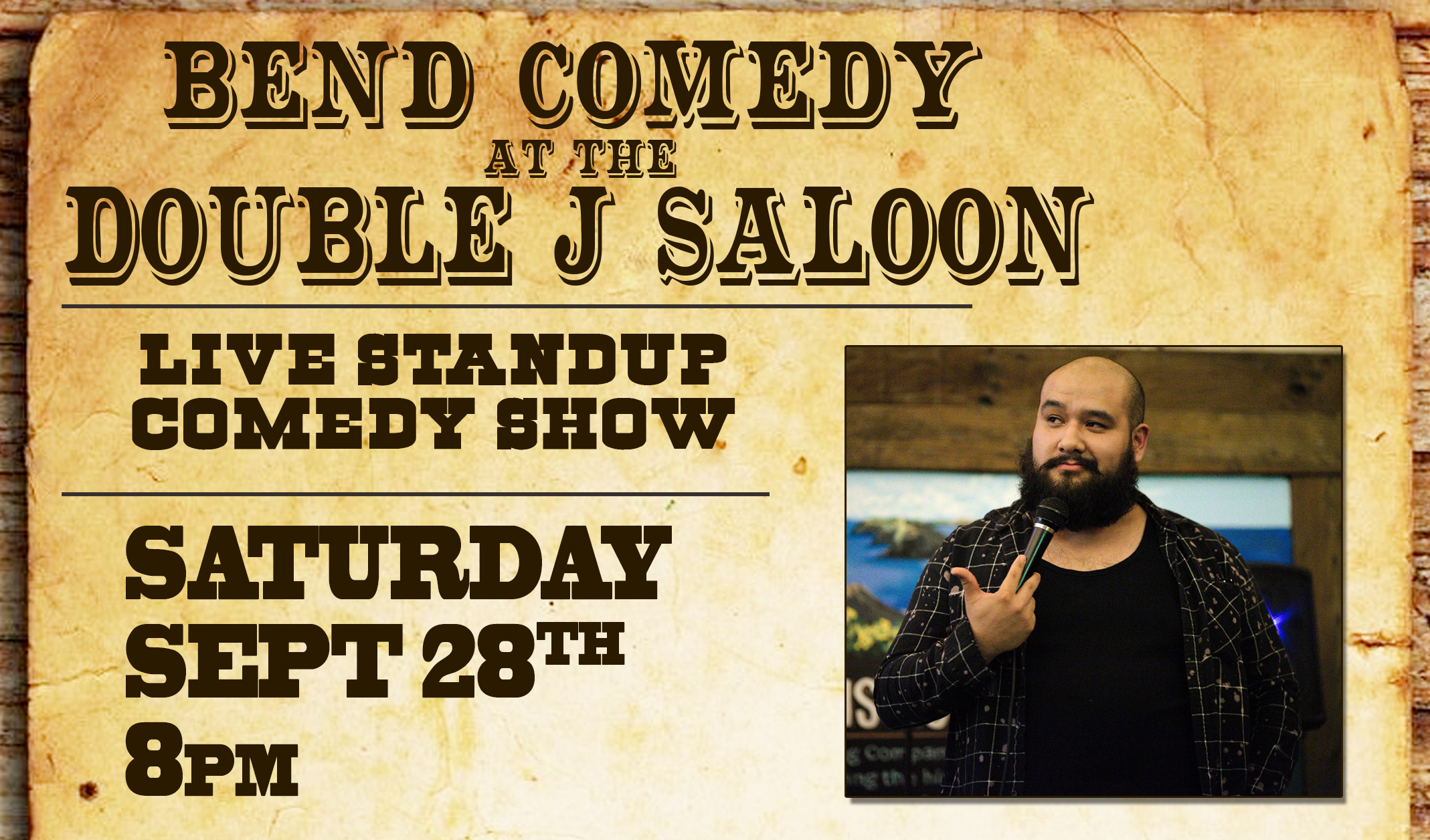 Bend Comedy Presents:
at the DOUBLE J SALOON in Redmond

Erik Escobar has performed and headlined all over the United States at clubs, colleges, and theatres independently, with the Almost Asian Comedy Tour, and opening for acts such as Rex Navarrete and Jerry Seinfeld. You can catch him on NBC’s Last Comic Standing, Buzzfeed, VH1, the upcoming feature film VHYes alongside Tim Robbins and Thomas Lennon, and he is the host of 3 Sweet Productions’ Oneliner: Comedians with Tattoos, That Sarap, and Sunday Morning Sessions. He is currently perusing his Masters in Fine Arts in Comedy Theory and Studies at Goddard College and resides in Los Angeles, CA with his shih tzu, Rancor.