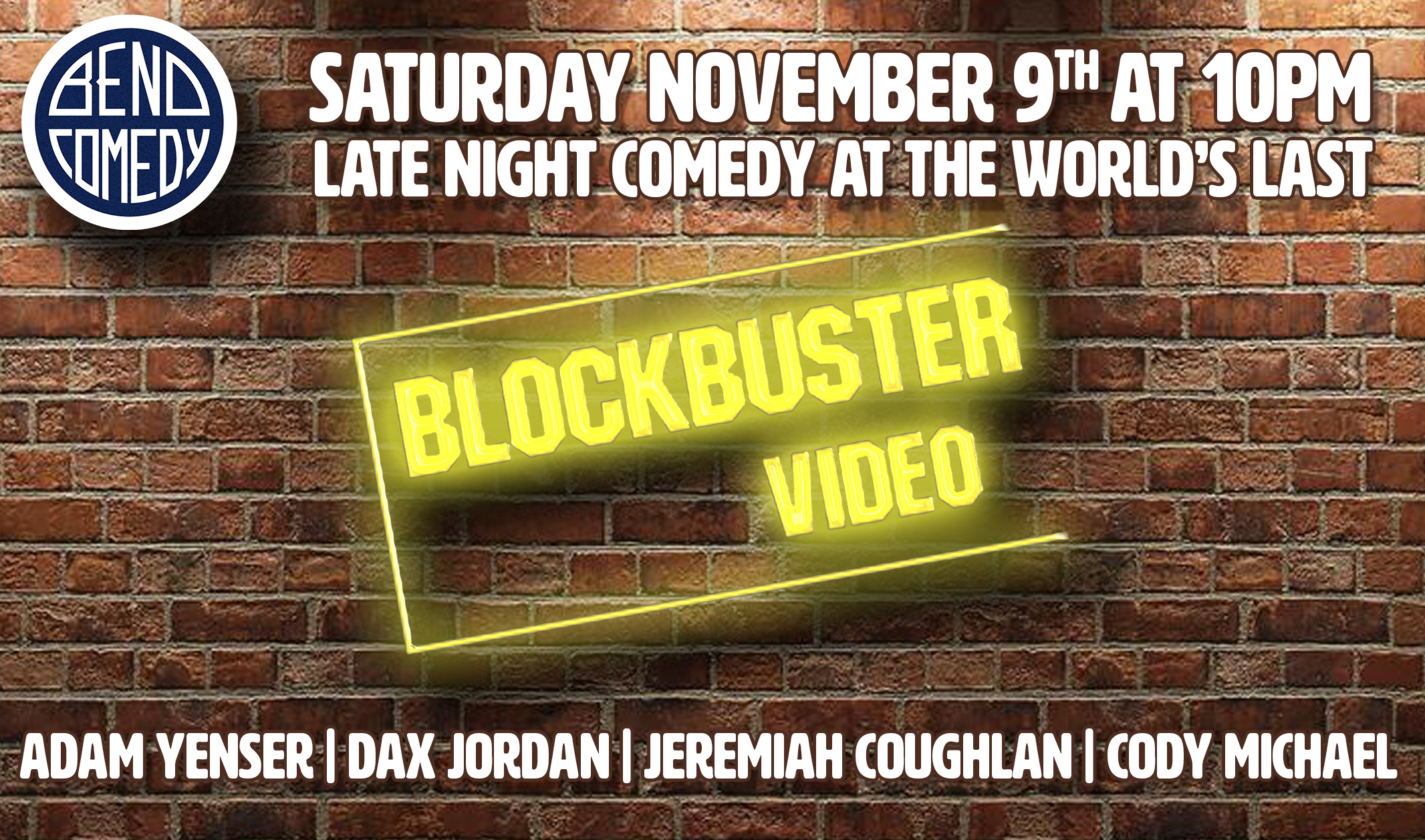 PRE-SALE TICKETS ARE SOLD OUT!!
DOOR SALES WILL BE STANDING-ROOM ONLY AND LIMITED!!!

“The Comedy Section at Blockbuster” returns with a special late night show on Saturday, November 9th!

Adam is a comedian and Emmy Award-winning writer for The Ellen DeGeneres Show. A native of Pennsylvania, he began performing stand-up comedy at The Upright Citizens Brigade Theatre in New York City.

He has appeared on Conan, has written for The Oscars, and has been a freelance contributor to SNL’s Weekend Update. He can be seen on Ellen in the recurring hidden camera segment “Kevin the Cashier Played by Adam.” Adam is a graduate of Penn State University and served as a commencement speaker in 2017.

Often the devil’s advocate, but obviously opinionated, Dax makes his statement by asking questions people are afraid to answer. An ability to tailor the act to crowds from Catholic High School grad parties to lumberjack bars in rural Idaho to hipsters in downtown Seattle has allowed him to take advantage of every opportunity to come his way, including writing jokes for Senator Ron Wyden (D-Or). He has also appeared in several films and television programs seen internationally.